The Portuguese village of Cascais has enough attractions, including magnificent views of the Atlantic Ocean, to make it a tourist destination. The historic hotels and winding roads that nearly touch the ocean also have been the backdrops of films, including a James Bond film. In addition, the city has a rich racing history, having hosted the Formula I Portuguese Grand Prix and numerous motorcycle events.

The attention was even greater this year with the arrival of one of the world's premier sailing races, the America's Cup, in August.

With a busy summer ahead, Cascais municipality realised it had to make improvements to Avenida Marginal, the waterfront thoroughfare that leads to the village and the main attractions.

The main issue with the road was its drainage.

"In times of heavy rainfall, stormwater tributaries accumulate, forming a river and making it dangerous to cars and pedestrian circulation," an engineer for the town of Cascais wrote in a report.

Sanestradas, a respected paving contractor, was chosen for the job based on the time requirements and the need for high quality.

Cascais municipality's project involved a 1km section of Avenida Marginal. Much of the road's surface was in good shape, with the exception of about 65m. That section of road had been damaged during a building construction project. The 65m would also be the location for a new drainage system, with rainfall channelled to it via curbs along the remainder of that 1km section.

Directing the water to those drains created another challenge. About 300m of the road was so level that water did not flow.

A simple solution would have been placing a new surface lift with a slightly steeper grade. Yet that choice was dismissed because of low curbs: an average of only 100mm. Applying a new bituminous layer to create the grade would have simply caused rain to run over the curbs. The flooding would have continued.

Cascais municipal officials came up with a strategy. First, they proceeded with the new drainage system. The 65m of existing curb was removed, and the ditch floor area replaced with two 200mm layers of crushed, aggregate base of extensive granulometry. That base featured irrigation fluidised MC70 bitumen at an impregnation rate of 1kg/m2.

The remainder of the road did not need new base layers or other improvements. Therefore, milling crews removed 6cm of material. The paving crew then placed an AC 14 Surf 35/50 (BB) wear layer over both the rebuilt and milled portions of the project.

Crews were given just two weeks to complete the work, but the time was actually considerably less because work was only allowed at night. Crews began work at 8pm or 9pm and continued until about 7am the following morning. In addition, Avenida Marginal had to remain open to traffic with no limitations on Fridays, Saturdays and Sundays to allow tourists to come and go unimpeded. That meant the two weeks was in actuality eight days.

Further complicating the project was the requirement to keep traffic circulating, though in a limited manner. This led to a process of milling one lane for two nights, then tandem paving and compacting for the next night. At that point, the lane was completed.

A Cat PM102 Cold Planer removed the 6cm of asphalt in the required areas. The PM102, smaller than the Cat PM200, was chosen because its size made it a better fit for the narrow road. Yet the machine delivered the required productivity, too, as it had to mill a lane in only two nights.

The tight timeframe left no margin for error. Because of this, two service technicians from STET, the Cat dealer in Portugal, remained on the jobsite throughout the night in case they were needed. Fortunately, there were no problems.

When an entire lane was milled, tandem pavers went to work. Delivery trucks end-dumped the material into the pavers.

Sanestradas chose the new Cat AP555E with an AS4252C Screed. Working just a few metres ahead of it was the tried-and-tested Cat AP655D.

Pedro Santos, project chief for Sanestradas, was pleased with both pavers. One key reason: their productivity enabled the job to be completed in a short timeframe. "With the two pavers working in tandem we succeeded in finishing the job much faster than expected, and with excellent smoothness results," said Sr. Santos.

Caterpillar had a technician specialised in handling pavers on hand to ensure smooth integration of the new AP555E. He closely followed both the performance of the machine and the crew and offered suggestions for improvement.

The PS300B worked in breakdown mode, and was right behind the second paver, the AP555E. The longitudinal joint was done 'hot', and easily compacted, because the first paver worked only a few dozen metres ahead of the second.

The compactors worked at a distance that enabled compaction and kept pace with the paving train. The number of passes depended on the pace of the paver and the delivery trucks. The compactors treated the two freshly placed mats as if they were one and worked across the entire width of the lane.

Santos and other Sanestradas representatives were pleased with the performance of the Cat cold planers, pavers and compactors, and the Caterpillar® dealer. Many officials from both Caterpillar and STET were on-site to ensure the highly complex project was a success.

No spectators were more important than Cascais Municipality authorities, who also kept a close watch on the jobsite. They saw machines making quick work of the milling, paving and compaction and were pleased the road was completed in time for the America's Cup, while serving all the tourists so crucial to the village's economy. 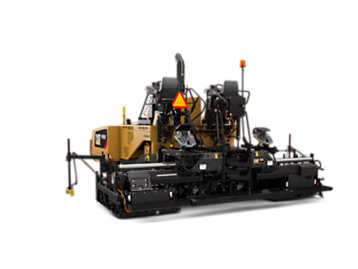 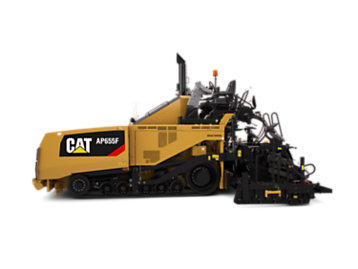 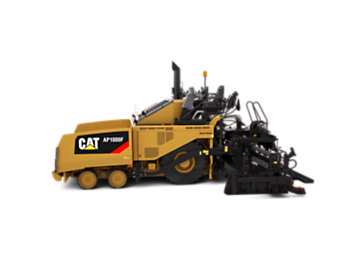 Paving Expertise At Your Fingertips

We've put the tools you need to succeed right at your fingertips—including mobile apps, calculators, application guides and more. Unlock the value inside our online paving resource center today. It's just one more way we're with you from the ground up.