The Right Marine Transmission Gear Ratio For Performance On The Water

THE RIGHT MARINE TRANSMISSION GEAR RATIO FOR PERFORMANCE ON THE WATER

HOW GEAR RATIO GIVES YOU BETTER CONTROL, ACCELERATION AND SPEED

When you’re in the market for a new yacht, the transmission gear ratio probably isn’t the first thing you look for. You’re interested in acceleration, speed, fuel efficiency and overall control. You want a boat that performs on the water. But did you know that the right transmission gear ratio — combined with available engine power, torque and correct propeller characteristics — plays a big role in making all that possible?

A marine transmission has several jobs, but the primary one is to deliver torque to the propeller.

Decreasing RPM from the engine through a gear ratio in the transmission reduces propeller RPM and increases available torque at the propeller.

The importance of propeller speed

You want high speeds on the water, but not necessarily from your propeller. Yacht owners don’t want the propellers installed on their boats to act like “egg beaters” and churn up a lot of water without pushing the boat forward, which is particularly evident in rough water and low-yacht-speed situations.

In general, a slower-spinning propeller is a more efficient propeller. When the propellers spin too fast to “dig” or “bite” into the water, it creates an inefficiency issue. You end up wasting engine power and fuel, and you increase the likelihood of propeller cavitation.

How do you solve that problem? For more low-speed control and better acceleration to get your yacht up on plane, you generally need to change your propeller.

Some yacht owners worry that going to a larger propeller means they’ll sacrifice top-end speed. That’s because larger propellers are often associated with work boats, which travel at lower propeller RPMs. But when you choose a propulsion system that gets the combination of engine, transmission gear ratio and propeller characteristics right, you don’t need to make any compromises.

For our Cat® Three60 Pod 650 propulsion system, for example, we identified the optimal gear ratio — a slightly deeper 2.17:1 — that gives you better low-speed yacht control, provides more efficient acceleration and lets you take advantage of the best-in-class power and torque the engine produces.

Our Three60 Pod 650’s contra-rotating propellers generate the same amount of thrust as much larger diameter propellers, giving you the “bite” you need to get out of the hole while using fewer RPMs and less fuel. Once you’re up on plane, our gear ratio also allows you to run a larger pitch for greater, more fuel-efficient top-end speed. It’s the best of both worlds.

To learn more about the best-in-class transmission gear ratio, propeller diameter and pitch combo you get with our Three60 Pod 650 propulsion system — and to select the right engine, transmission and propeller set for your yacht — talk to your local Cat dealer.

Four Reasons to Power Your Yacht with Pod Technology

What kind of propulsion system will you choose to power your boat: shaft or pod?

Along with all the power you expect from Caterpillar, the new Cat Three60 Pod propulsion system combines fast response, precise slow-speed navigation and smooth shifting to give you complete control over your boat’s every move 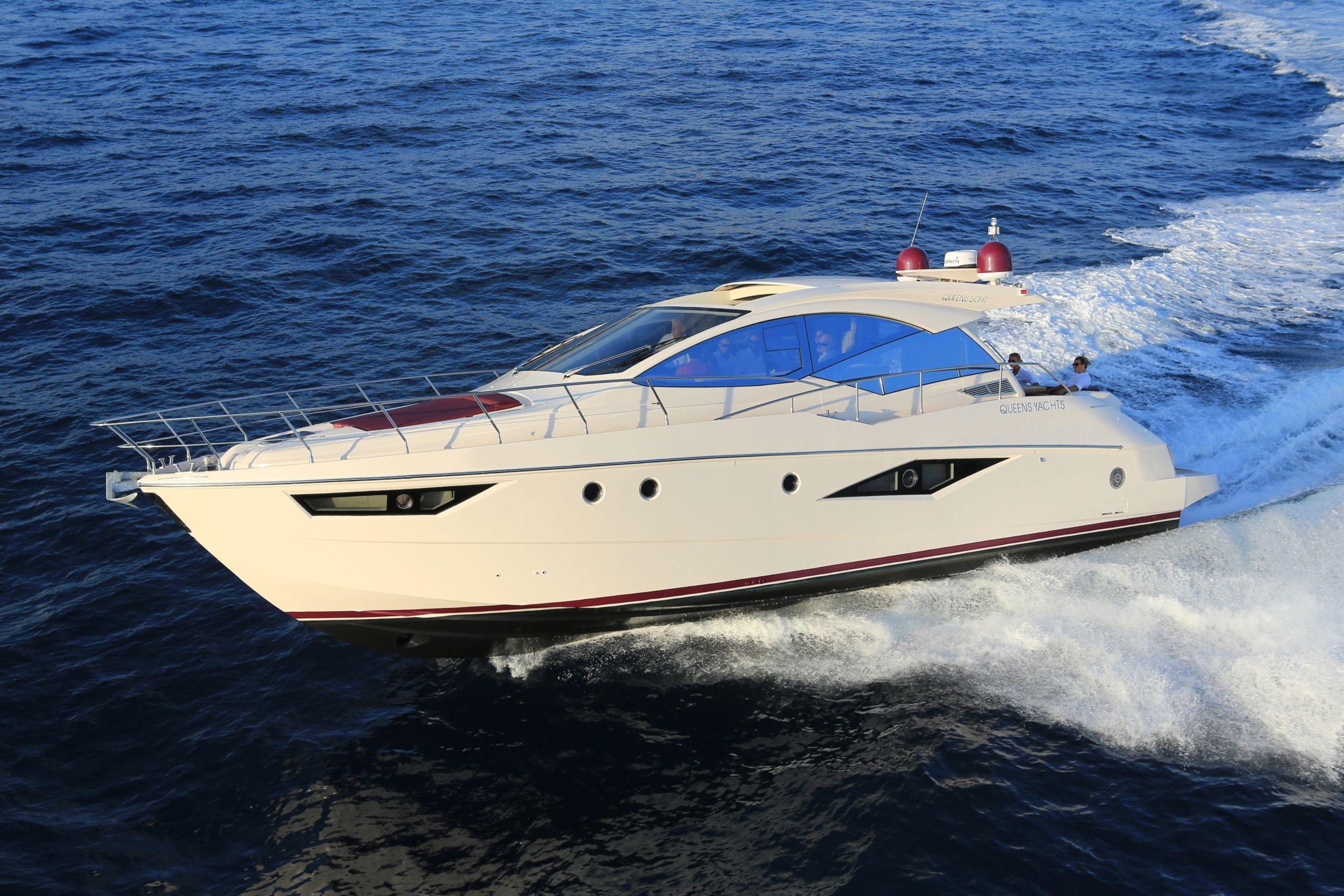 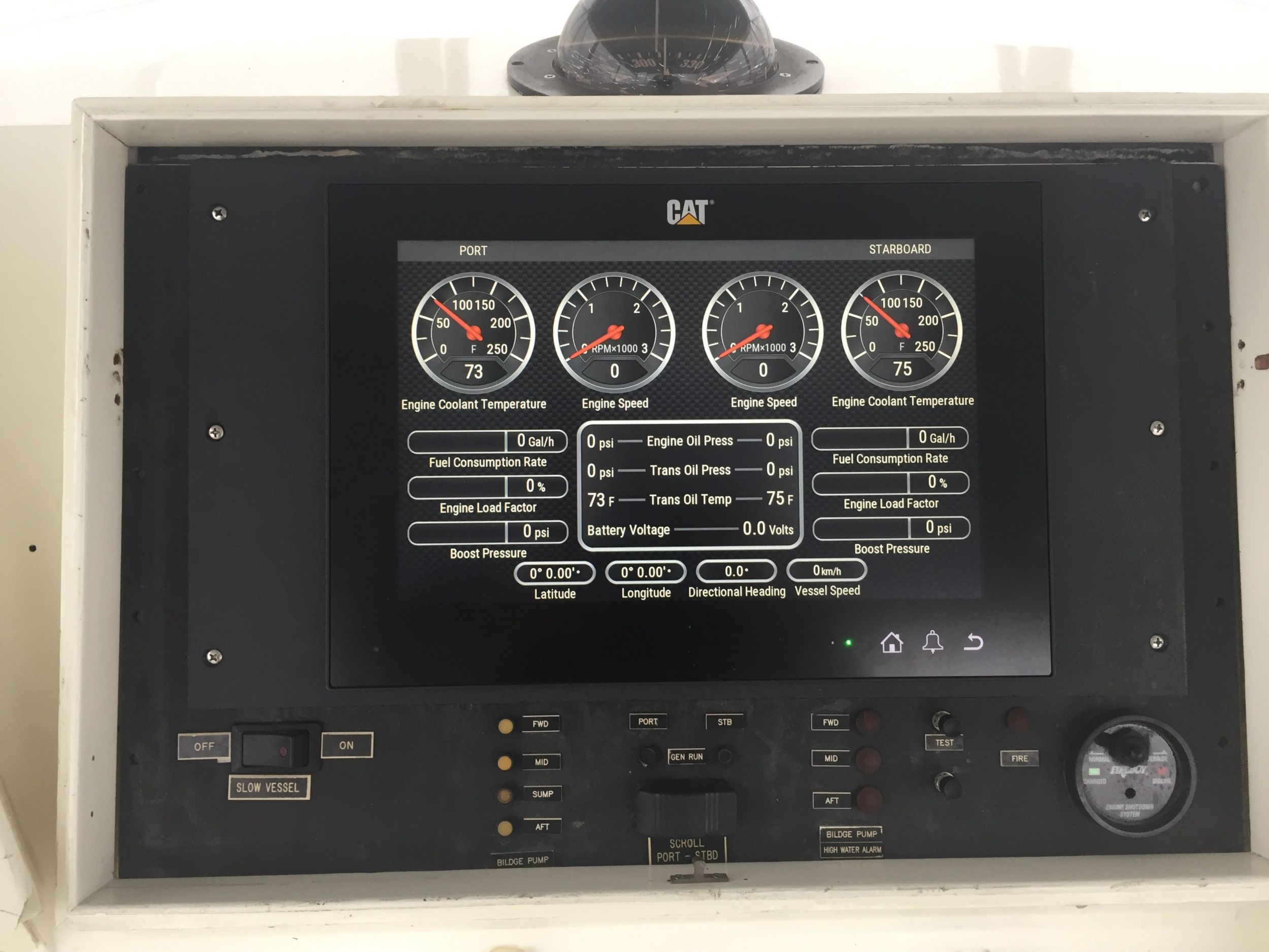