75% Of Residents With No Electricity 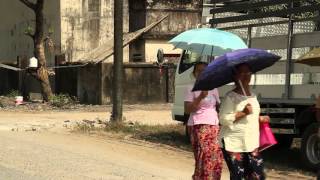 Myanmar, a southeast Asian country, has experienced positive economic development over the past few years. Due to the influx of foreign investment, the country is on the cusp of burgeoning growth, attracting tourists and companies from around the globe. As Myanmar has one of the lowest electrification rates in the world, the increased development directly affects the electricity demand throughout the country.

In 2012, Myanmar faced a major energy crisis when only 1,300 MW of electricity were generated in the entire country, leaving 75 percent of the 55 million residents without access to electricity.

The Ministry of Electric Power, based in the capital city of NayPyiTaw, chose four previously installed power plant sites in Yangon, Myanmar’s largest city, to have the existing power plants upgraded. To facilitate the increasing need for power, independent power producers (IPPs) were invited to invest in the locations.

For the Ywama/Yangon facility, UPP Power (Myanmar) Ltd. from Singapore was selected to install a 50 MW gas-fired power plant. In awarding the project, the government insisted that the power plant be operational within an especially short period of time due to the growing economy. “We believe that the provision of uninterrupted electricity at the level currently required is vital for the key development of the country and for raising the local standard of living and industry,” said Kevin Khoo, managing director of UPP. “In this respect, we hope that we may play a small role in the country’s economic development, and that we will be able to participate in further energy projects.”

The groundbreaking for the new power plant took place in September 2012, prior to the signing of the Memorandum of Understanding which wasn’t officially signed until October. “Given the fact that a high-quality and high-performance power plant had to be constructed within a very short period, it was clear to us that MSP Cat and Caterpillar would be able to deliver the ideal solutions for our needs,” said Khoo. “That is why we chose Cat products for installing the 50 MW power plant in Ywama,” he added.

In order to meet the demanding schedule, 13 Cat CG260 gas generator sets and additional installation components were ordered that same year. However, since this was the first of four IPP projects in Myanmar, it took some time for UPP to obtain special approval for the importation of the plant from the Myanmar Investment Commission prior to the signing of the Power Purchase Agreement (PPA).

Because of time constraints to complete the construction of the plant before the upcoming peak summer season, MSP Cat decided to ship the 13 generator sets to Singapore to be ready for shipment to Yangon as soon as the import license was approved. Shipping of containers containing balance of plant components from their source was put on hold until clearance for import was obtained.

“Due to this delay, logistics plans for staggered shipments was disrupted with the result of having to ship all goods in one go,” explained Heinz Ludi, CEO, MSP Cat. “Some 200 containers arrived practically at the same time and a ‘container tsunami’ of sortsformed at the construction site,” he recalled. To accommodate the power requirements, UPP ordered a turnkey system, including design, engineering, procurement and construction services (EPC). Caterpillar was responsible for the overall project management and MSP Cat performed the local portion of EPC for the project. In total, 13 CG260 gas generator sets were installed in the power plant.

The $46.5 million project was completed on time and went into operation in February 2014. The 50 MW power plant is already supporting the national power grid, helping to prevent daily power outages. In a global context, 50 MW are not all that significant. However, measured in terms of the volume of electricity available throughout the country in 2012, the power plant in Yangon represents four percent of the country’s entire power supply.

Since the successful commissioning, MSP Cat has been running the plant to fulfill a 30-year operating and maintenance agreement with UPP.

The Myanmar government is planning the construction of additional power plants in the near future in order to expand the country’s continuously rising demand for electricity. Currently, the possibility of installing an additional gas generator set to increase power capacity is being evaluated.

“We are very satisfied with the cooperation from MSP Cat, and we hope that this is just the beginning of more projects to come,” commented Khoo.