Back to Search
Skip

Back to Search Results

FROM SKETCH TO SHIPYARD

It started on a napkin, progressed to a sheet of notebook paper and was first to market certified to U.S. Environmental Protection Agency (EPA) Tier 4 Final and International Maritime Organization (IMO) Tier III emissions standards. And it was created in the midst of a whirlwind journey that took Caterpillar engineers aboard more than 50 vessels and into dozens of shipyards worldwide.

“It” is Caterpillar’s combination of a fuel-efficiency-optimized engine and a selective catalytic reduction (SCR) aftertreatment system — a solution that not only reduces NOx emissions, but also can lower a customer’s owning and operating costs in the process. More than 150 Cat® Tier 4 Final/IMO Tier III marine engines are now at work aboard vessels worldwide.

“We literally started with a white sheet of paper and designed it from the bottom up as a marine product,” says Tom Manning, the design engineer responsible for marine aftertreatment projects. “We had some existing solutions in mind we thought might work, but decided to go out into the marine marketplace to get a better understanding of exactly what our customers needed.”

Those customers included more than just end users. In designing a Tier 4 Final and IMO Tier III solution, Caterpillar Marine engineers had to keep in mind the requirements of ship builders in addition to ship owners and operators.

“Different customers value different things,” Manning says. “The builder focuses on building costs and construction, while the buyer focuses on long-term operating costs. We had to figure out what was going to deliver the best solution for all parties.”

To do so, Manning and other engineers on the team spent nearly a year on the road, in the air and at sea — visiting shipyards, talking to marine architects, boarding vessels with customers and studying competitive aftertreatment systems. They focused first on smaller vessels, reasoning that any solution that could fit into these space-constrained areas would also work inside a larger vessel.

“It was the most comprehensive new product introduction we’ve ever done in marine,” says Mark Harrison, a regional sales manager for Caterpillar Marine who served as a product definition engineer at the time. “We visited so many different vessels and talked to so many different designers. It was done on a scale I’ve never seen before.”

Manning agrees. “It was really a collaborative effort involving the entire marine industry. We would review and analyze what we learned from one set of customers, then develop a series of deeper, more probing questions to ask during our next round of visits.”

From napkin to notebook paper

It was during one of these visits that engineer Rick Jeffs quickly sketched out an idea on a napkin.

“I remember we were sitting at a coffee shop in Vancouver,” says Chris Chenette, who was a product value manager at the time and today serves as marine application and installation manager. “There was an ‘aha’ moment when we realized that routing pipes take up a lot of space in a vessel, so we needed to come up with a way to give the customer flexibility when it comes to routing and flow. You can see that reflected in Rick’s initial drawing.”

That evening, in his hotel room, Jeffs created a more polished sketch on sheet of notebook paper, and the team began sharing the idea with customers.

“It was a direct result of feedback we received from naval architects,” Harrison says. “Rick sketched it out and then we started showing it to other people and asking, ‘Do you think this might work?’ Basically, we were able to get live feedback from our customers.”

That feedback convinced the team they were on the right path. The design evolved over the course of the next few months, but the basic concept remained the same. In May 2014, Caterpillar brought its Tier 4 Final and IMO Tier III marine solution to the market.

“We believe it’s the most reliable, simple solution to meet the regulations,” Harrison says.

"Customers have the flexibility to install it in the way that works best for their vessels. Maintenance can be done in less than 12 hours — the time a ship might typically be in port. Servicing it doesn’t require any special tools or lifting devices, since we learned firsthand how difficult it can be to load equipment on ladders and transport it through narrow passageways.”

Even more important, the combination of an optimized engine and the SCR aftertreatment solution helps keep customers’ owning and operating costs down.

“To meet past emissions standards, we made changes to the engines, but there was always a trade-off — as NOx went down, fuel consumption went up,” Chenette says. “This time, with the SCR solution, we were able to tune the engine more efficiently to reduce fuel consumption and use the aftertreatment system to reduce emissions, while ensuring safe, reliable operation at the same time.”

That reduction in fuel consumption should more than offset the additional cost of urea used in the SCR system — reducing customers’ fluid costs when compared to previous products.

Six years of success and counting

More than six years after the launch of the first Cat Tier 4 Final marine engines, the original engineering team sees real-world results as validation of the process.

“The impact that we see now years later is that our work resulted in an industry-leading product, thanks to the requirements we gathered and the people we spoke to,” Chenette says. “The fuel consumption reduction we expected has held up in the real world. Overall acceptance from the industry has been positive. We really haven’t heard any, ‘Hey, you should have done it this way instead.’”

That’s a big reason why new marine Tier 4 Final platforms soon to be introduced will leverage a similar design philosophy.

“Customers are choosing our solution because it is flexible, versatile, easy to integrate into their vessels and designed with cost savings in mind,” Harrison says. “They view the lower fuel consumption and lower owning and operating costs as differentiating factors.”

In other words, it’s come a long way from a napkin and a blank piece of paper.

While traveling the world gathering input from customers on an engine solution that would meet marine Tier 4 and IMO Tier III emissions standards, a Caterpillar engineer made this sketch—which served as the basis for the solution the company eventually brought to market.

During a trip to Norway, Mark Harrison evaluates an IMO III solution. 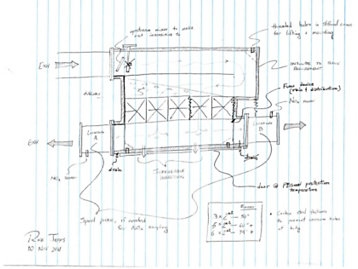 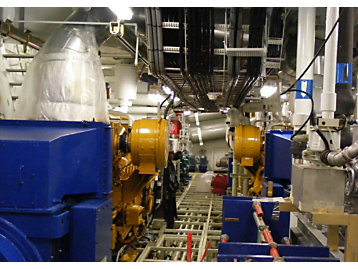 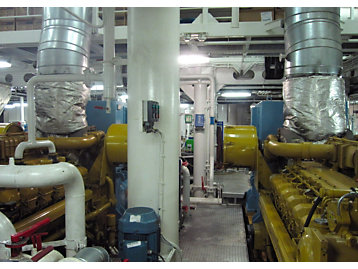 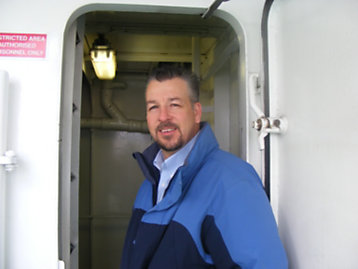 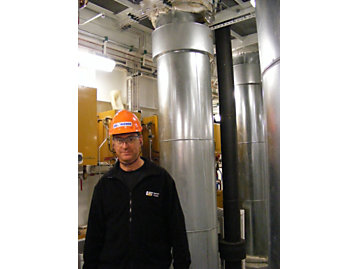 Find out more about the technology behind our EPA Tier 4 Final and IMO Tier III emissions solution by exploring our FAQs, case study and customer story.

Harley Marine is committed to running a clean, green fleet. So it just made sense to get a head start on 2016 Tier 4 Final emissions standards by powering its newest vessel with fuel-efficient Cat 3516E engines.

We’re celebrating 95 years in business with a year of great giveaways. Enter to win one of our monthly grand prizes.

As we celebrate 95 years in business, we're celebrating the work of people moving their communities forward in these challenging times. The medical professionals and so many others. Thank you for making a difference!

GET THE LATEST STORIES AND TIPS FROM CAT MARINE