PUTTING IT ON ICE

As a fish processor, producer, and global wholesaler located on the Gulf Coast of northwest Florida, Raffield Fisheries, Inc. palletizes its product and keeps it in a warehouse freezer that holds up to 10 million pounds.

“We have a refrigerated building and we need to have the equipment running 24/7,” says Eugene Raffield Jr., who operates the family business established in 1889. “We have people that man this 24/7, and it’s critical to our operation. It gives us so much flexibility to be able to refrigerate product so that we can sell three months down the road and time it to meet our customers’ demand. That way we aren’t forced to sell it immediately.”

When Hurricane Michael battered the coastal region that includes Port St. Joe, Florida in October, not only did it knock out power, but sustained winds that reached 155 mph wreaked havoc with Raffield’s onsite backup generator set, spraying saltwater into the air ducts of the generator. When Raffield attempted to start the generator it shorted out, rendering it inoperable.

After going nearly two days without power and in danger of losing $4 million in frozen seafood, Raffield placed a call to the rental power division of Thompson Tractor Co., Inc. in Mobile, Ala.

Within 24 hours, a 1000 kW Cat® mobile generator set was delivered on Raffield’s birthday.

“I told my wife it was the best birthday present I ever had,” Raffield said. “It helped us get on our feet. It was so well orchestrated. It came here on time and it was ready to go. It got us back up and running, and we got our freezer making ice.”

The containerized Cat generator set enabled Raffield Fisheries to mass produce ice and make it available to residents of Bay County, Florida, who were reeling in the wake of the devastating storm.

“Caterpillar has done me a world of good,” Raffield said. “They saved the product in my freezer and permitted the Raffield family here in Port St. Joe to continue to grow and employ people. We survived it, even as so many other buildings around here were just laid down from the hurricane.”

Raffield is grateful for the timely help he received from his Cat dealer.

“When you see all your lights come back on and you hear those compressors running, you know you’re being saved,” he said. “But beyond that, you know you’re connected with a big family—a family that cares.”

Out of the Woods

Right next door to Raffield, Wood’s Fisheries Inc. encountered the same problem in the wake of the storm. About 700,000 pounds of wild-caught and farm-raised shrimp was at risk of spoiling.

“We had about 48 hours get the power back on and get our product cold or truck it out,” said company president Ed Wood. “And trucking it out became a logistics nightmare because most of the roads were not open. I could see clearly that the only way was to obtain mobile generator power.”

After a full day of making phone calls to procure a generator, Wood found his solution when he contacted the rental power division of Cat dealer Thompson Tractor.

Within five minutes, delivery of the generator set was confirmed.

“Not only did I get a generator for myself, I supplied generators for our shrimp farm which had about 150,000 pounds of live animals uninsured in the water that was worth about half a million dollars,” Wood said.

The generator was delivered to Wood’s within 24 hours, and subsequently ran uninterrupted for eight days straight.

“It ran flawlessly, we never had an issue,” Wood said. “And it saved us about $5 million in product that would have spoiled. But the biggest thing for us was avoiding product interruption to our customers. That could’ve proven way more costly than the dollar value that was in our freezer, because we could have lost some of our customers.”

Going forward, Wood would like to have assurance that he will have another rental generator set available if another catastrophic storm hits.

“You can easily lose power from the impact of a major storm,” he says. “I would like to see a contract in place that during hurricane season we have a machine on standby. To me, that’s a really good fix.”

3 Simple Steps to Take When Planning for Temporary Power

Although critical, planning for power doesn’t need to be difficult. Here are three simple steps that will help you secure and maintain the rental power necessary to carry your facility successfully through a scheduled or emergency shutdown.

When you're looking for a generator rental, we're your one source for all the rental power you need.

CONNECT WITH YOUR DEALER TODAY 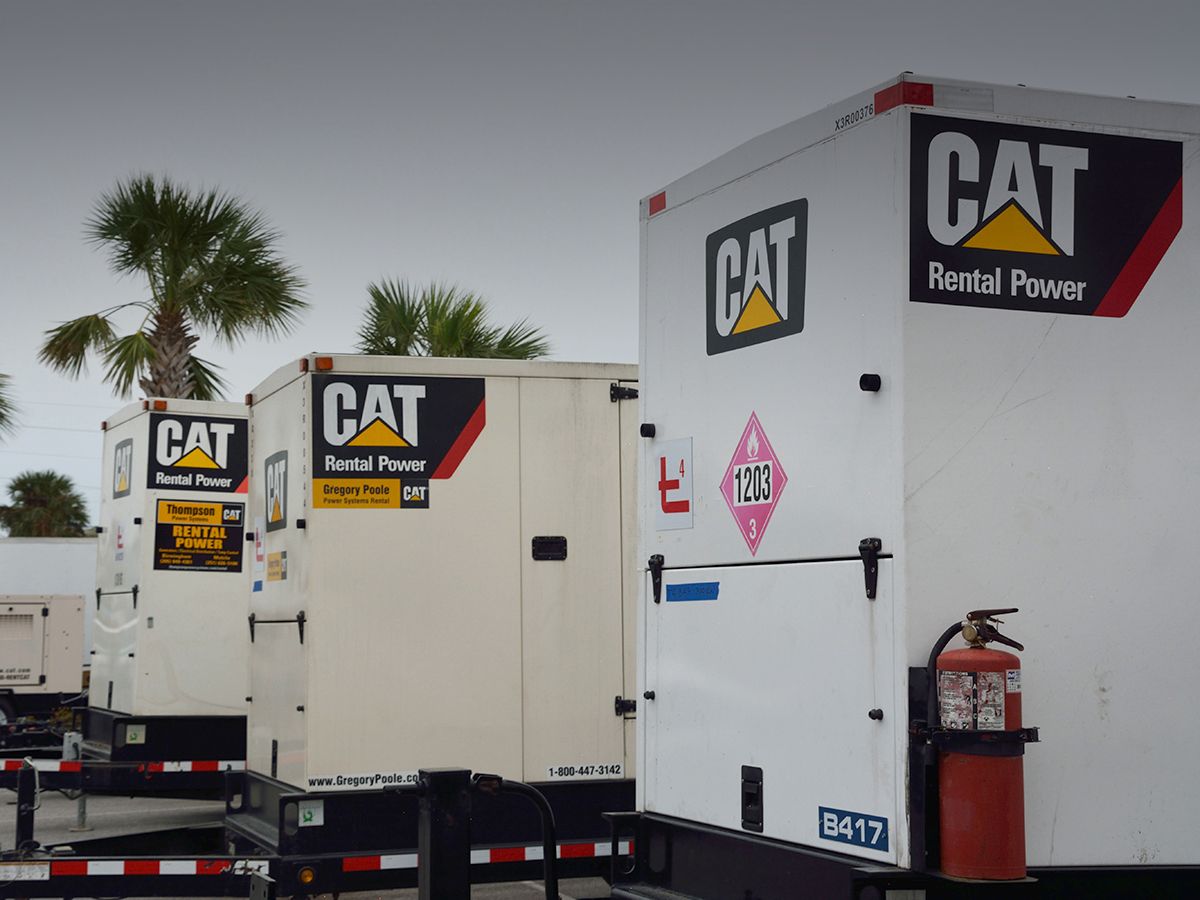 Disaster Relief in the Midst of Hurricane Michael
TAGS : 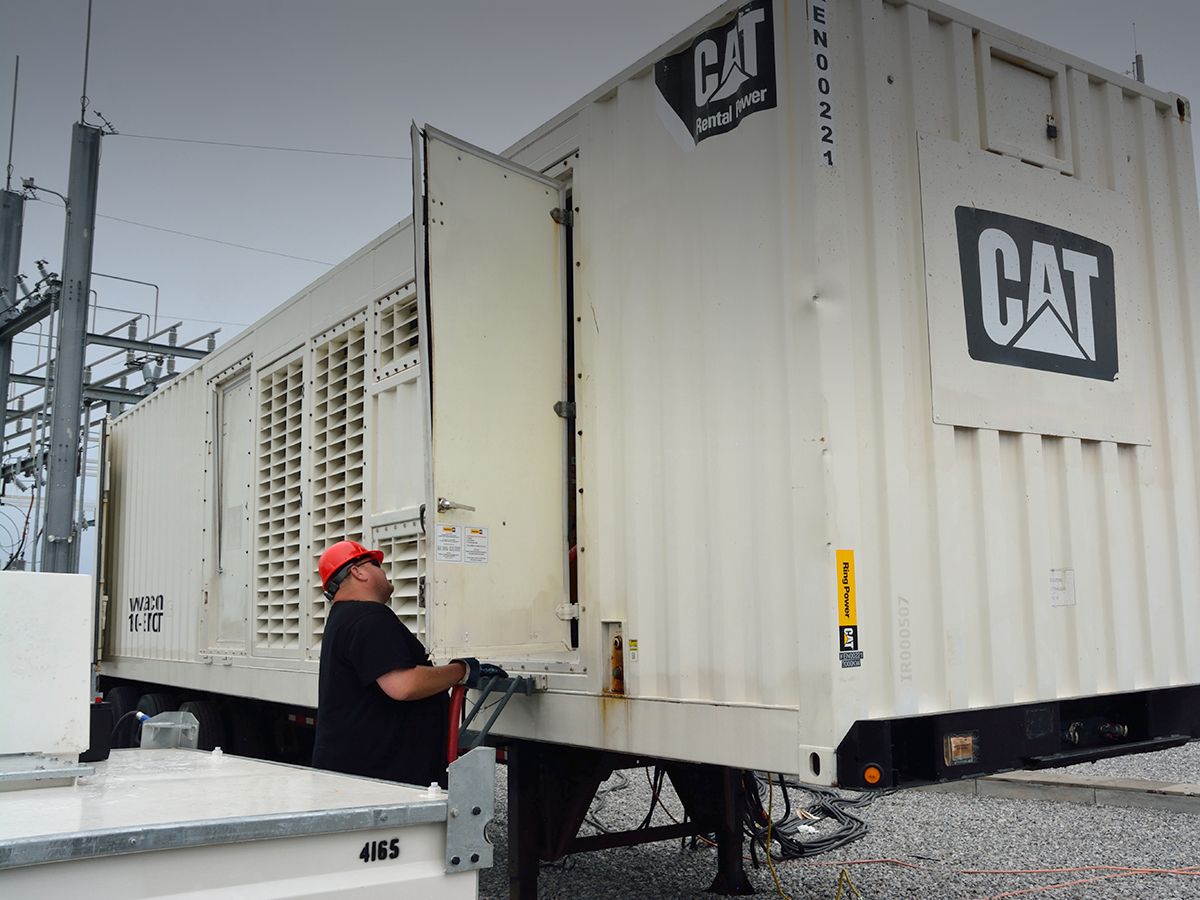