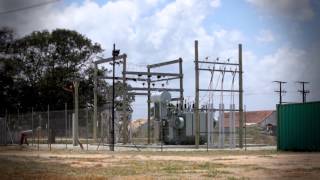 Home to 1.9 million people, Mtwara and Lindi are the southernmost regions of Tanzania. While natural and agricultural resources are plentiful, economic development in these regions has long been hampered by the lack of a reliable electric power supply and infrastructure. Nationwide, only about 11 percent of Tanzania's estimated population of 39 million has access to reliable electricity.

According to Peter Gathercole, Director of Business Development, Artumas Energy (T) Ltd., East Africa has experienced a prolonged power crisis brought on by extensive drought conditions and other natural catastrophes. Currently, hydroelectric power stations account for much of Africa's generated power. Unfortunately, these systems rely on rain to restore the water levels necessary for their turbines to operate at maximum capacity. Due to seasonal variations and overall climate change, the water reserves frequently fall short, and less power can be produced.

Extended periods of interrupted power supply have negatively affected residential and commercial customers, as well as industrial sectors throughout the regions. "Bringing an adequate and reliable source of electric power to the region is the crucial foundation for economic and commercial development," says Gathercole.

Power from Artumas Group, Inc., is used to augment energy supplied by isolated diesel-fired generators operated by Tanzania Electric Supply Company Limited (TANESCO), to support industrial and commercial development in the Mtwara region, and to provide power for Mtwara residents. Electric power has not been widely available in the Mtwara and Lindi regions, partly due to their isolation from the national power grid. The regions generally have been subject to frequent blackouts or brownouts as a result of the challenges associated with the existing power generation and distribution network.

In an effort to meet the Mtwara and Lindi regions' need for power, Artumas Group, Inc., designed a comprehensive gastopower project, tapping the abundant natural gas resources in the Mnazi Bay Concession. This major initiative included the construction of 27 km of terrestrial and marine gas pipelines. It took a cooperative effort between the local Cat® dealer and the installation and management team to ensure the successful commissioning of the power plant, notes Gathercole.

"Mantrac, with support from Caterpillar, stood by us. When we did the installation and commissioning, it was an exceptional relationship," explains Gathercole. With the installation complete and the Cat gensets coming online, the significance of the solution became self-evident, says Gathercole.

"Prior to our power plant coming online, it was simply out of the question for any business to consider investing in a region with no reliable electric power. Once gas reached Mtwara and electricity was generated, industries such as cashew nut factories and small enterprises, as well as the domestic load, have had a chance to grow," according to Gathercole.

The Artumas power project began producing power on December 24, 2006. By March 5, 2007, all six of the Cat G3520C generators had come online and were connected to the existing Mtwara transmission and distribution infrastructure. When the existing infrastructure in the franchise area is released to the Artumas utility company (Umoja Light), which is operated by Manitoba Hydro International, the Mtwara local and regional electric power infrastructure will no longer be operated by TANESCO, thereby making the Artumas power project the first privately supplied electric power franchise in Tanzania. When at full capacity, up to 70 MMcf/d of natural gas will be able to flow from the Mnazi Bay gas processing facilities at Msimbati Peninsula through pipelines to the City of Mtwara, terminating at the Artumas power plant. Electricity was supplied to the City of Mtwara under test conditions prior to full commissioning. Transmission system upgrades in 2008 will tie in the urban centers of Mtwara, Lindi, and Masasi to the Artumas power generation plant.

The positive economic impact of a reliable and adequate power supply has been even greater than anticipated.

"It's been huge," says Gathercole, "In only four or five months, the power load has increased by 25 percent."

Gathercole notes that as customers become increasingly comfortable and confident with 24/7 power, they're investing in electrical appliances. "Shops are booming," Gathercole says, and points to one particularly strong indicator of customer confidence in the Artumas power station: "Ice cream, which was never heard of in this region, is now booming," says Gathercole. "It's a domino effect as we get more areas connected. The load will grow exponentially as far as we're concerned. It's just the start of the success."

The Artumas power project has enjoyed widespread support from local political leaders. With the plant online, Artumas has strengthened its relationship with the Tanzanian government, which has acted in partnership with the people of Tanzania to enable access to reliable energy. On Saturday, November 18, 2006, His Excellency Jakaya Kikwete, President of the United Republic of Tanzania, toured Artumas's facilities and laid a commemorative foundation stone at the power plant facility. On November 28th and 29th, 2006, the Right Honourable Mr. Edward N. Lowassa, Prime Minister of the United Republic of Tanzania, was the guest of honor and speaker at the Natural Resources and African Economic Development Conference in Calgary, Canada. Such widespread political support has been instrumental in the development of plans for future phases of power generation in East Africa.

For instance, governments in East Africa have been pursuing plans to reduce the region's dependence on hydroelectric power through thermal power generation, using both natural gas and coal. As a partial solution to this regional energy challenge, Artumas is in discussions with the Government of Tanzania, TANESCO, mining interests, and private sector financial capital sources in Tanzania regarding the construction of a large-scale, 300 MW generation facility at Mtwara and associated high-voltage interconnection to the Tanzania power grid. This proposed generation plant would be fueled by natural gas from Mnazi Bay and would link Mnazi Bay/Mtwara to the Tanzanian National Grid, providing greater potential for a fully integrated East Africa power grid that would encompass Tanzania, Kenya and Uganda. Artumas has completed a preliminary study of high-voltage transmission interconnection options from Mtwara to the Tanzania grid and has commissioned pre-FEED analysis to identify the least-cost interconnection option. The positive results from the Phase I and II natural gas drilling programs have greatly expanded the Mnazi Bay gas resource, providing the necessary deliverability and recoverable gas volumes to support this large-scale generation initiative.

Cat power generators are playing an integral role in supplying far more than just a reliable source of electric power to East Africa. They are helping restore hope to a region long burdened by the poverty, disease, and malnutrition that are the inevitable byproducts of underdevelopment. Cat dealers have a long history of working with private and public customers to meet their needs in power generation—the critical first step toward economic development—and they have the experience and the expertise to tailor individual solutions to specific requirements and needs. With a full generator product range from 10 kVA to 10,000 kVA, Caterpillar can supply a small generator set in a remote area for a local community as well as the larger generator sets needed for a major power station, such as the Artumas power project.

You supply power to meet everyday needs, whether it’s lights in a school, appliances in a home or keeping an office building in business. It’s why you need a source that promises to run non-stop — since life does too.

CONNECT WITH YOUR DEALER TODAY
warning