What’s coming next? We sat down with excavating expert Ryan Goodfellow, owner of Rock Structures Utility & Excavating based in Northern Utah (you may know him as @rockstructures on social media) to get his take on construction trends. If you’re looking for insight on how new land grading technology can benefit your business and increase work productivity on the job site, definitely keep reading.

Ryan works on projects both big and small that require different grading systems. For simpler jobs, he finds that 2D grading systems are most useful.

“My eyes were really opened when I saw what could be done with such a simple 2D system,” says Ryan.

Ryan demoed the 2D technology on the job site with the help of his dealer, and within a few hours, he knew he had to have it. The 2D Earthworks System immediately made his job easier and more enjoyable.

“2D grading made me realize the potential that this technology has to transform my business,” Ryan notes. “I’m not the type of guy who wants to get rid of an employee if I can use them on another site to help a crew be more efficient. 2D technology has allowed me to do that.”

Ryan observes that 2D does come with a learning curve, and when it comes to more complex digs, jumping up to the 3D system is a no-brainer.

“On hillsides and slopes where you constantly have to be level, you run the risk of knocking out your stakes or forgetting where the stakes are,” says Ryan. “3D technology simplifies things so I don’t have to worry about keeping a point of reference through stakes.” Since the GPS recalibrates and he’s able to keep digging to grade, he doesn’t have to worry about passing through a laser or rebenching every time he moves his machine. 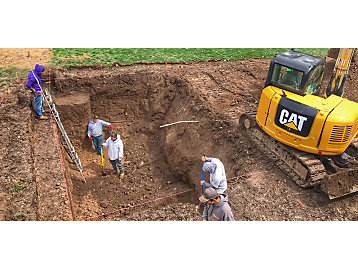 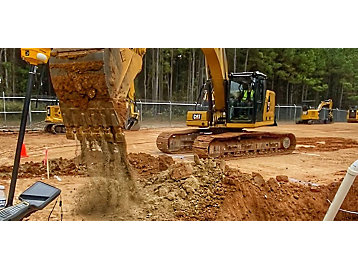 Ryan has owned his own business for more than 22 years, and as many fellow business owners know, recruiting and retaining employees is often one of the toughest aspects of the job.

“Construction technology opens up equipment operation to more people. I’ve worked with a paraplegic who was able to operate a D6N dozer, and he was able to keep up with eight trucks, all while dozing to grade using Caterpillar’s integrated Grade Control.”

Social media has become a huge part of Ryan’s day-to-day operations — @rockstructures on Instagram has over 70,000 followers. It helps him connect with people who are interested in excavating and rock specialization and has the added bonus of attracting new clients and employees.

Ryan also stresses the importance of positivity and staying motivated. He listens to podcasts by other industry professionals to help him keep a good attitude so he’s ready for work.

What's next for construction technology?

The future of technology is looking bright.

“I think that 3D mapping technology will improve in terms of usage and operator friendliness,” Ryan explains. “More states are going to adopt stronger satellite signals so there will be less need for a base station when using a 3D system.” 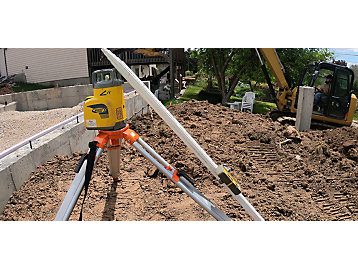 Cat technologies pay for themselves. Get more insight into your equipment and operations than ever before.

Technology is already helping with the ongoing labor shortage. 2D and 3D technology helps increase work productivity on Ryan’s job sites, so much so that he can complete some grading jobs in close to half the time that it would have taken without the technology that is now available.

“I saw the return on investment right away. I definitely recommend that anyone doing earthwork should have some sort of tech involved, whether it’s 2D, 3D or automated machine guidance.”

As far as Ryan is concerned, the sky is the limit. He hopes to see remote-controlled technology become more widespread in the next couple of years.

“Kids who are playing video games today might find that they really enjoy operating a remote-controlled machine in the future,” he says.

For more information on the latest technologies designed to increase machine productivity, contact your local Cat® dealer or visit us online. And be sure to keep up with @rockstructures on Instagram! 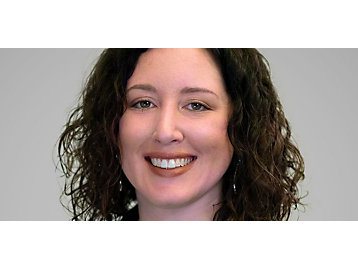 Caitlin Maddock-Bahr exercises her storytelling expertise as a social media & digital strategy manager. In this role, she not only helps Caterpillar connect with their audience, but helps customers connect with the brand.

Give Your Business a Boost

We send industry knowledge, useful tips and special offers right to your inbox.

You’re here to get ideas to grow your business. Read on for machine insights and expert tips and tricks to get more out of every job.